Now, with all that being said, I do still think there is solid evidence indicating how cryotherapy can create non-shivering thermogenesis, help speed up our metabolism, and increase our brown adipose tissue (BAT) or brown fat; which is metabolically active, meaning it burns calories.  I briefly touched on this in last weeks blog when I talked about the many benefits caused from Norepinephrine.  Norepinephrine released from cold exposure increases a protein in our bodies called uncoupling protein 1 (UCP1).  UCP1 “uncouples” the mitochondria, which is what produces energy in our cells.  Mitochondria are held together or coupled by negatively and positively charged electrons which came from the energy created from the calories in the food we eat. So when UCP1 uncouples the mitochondria and breaks the positive and negative ion bond, the mitochondria responds by re-establishing that bond which requires it to transport electrons from stored fat.  This process is called fat oxidation and produces heat as a byproduct. This is basically how the “brown” adipose fat tissue is created. In other words, the UCP1 is turning white non-metabolic fat into brown metabolic fat by producing more mitochondria in fat tissue. The more brown adipose fat we have the more fat our body will burn.  Brown fat is inversely related to an individuals body fat percentage.  So the more brown fat someone has, the lower their body fat percentage should be.  Pharmaceutical companies are actually trying to find ways to increase brown adipose fat tissue in adults in the hopes that it would help people to become slimmer. But there is a catch, and this is what will keep cryotherapy in business, BAT has to be activated in order to do something.  How do we activate it? Cold exposure!  So continued intermittent exposure to cold like cryotherapy will not only continue to increase BAT, but will also activate it, and assist in burning more “white” fat; the fat we don’t want on our bodies.

Beyond the cold thermogenesis, do I think there are other factors at play to help someone burn fat from cryotherapy? Absolutely, but they are more directly correlated to some of the other proven benefits that one receives from cryotherapy, like improving sleep quality. A healthy diet and regular exercise should be a part of anyones lifestyle if they want to lose fat. If getting a great nights sleep helps your body repair and recover, it means you’re going to have more energy. It’s also going to help maintain your motivation to exercise, and increase the intensity of your exercise. Then you’re naturally going to be burning more calories and hopefully losing fat. According to a recent study, getting the proper amount of sleep also plays a huge role in burning fat. When our bodies are tired from lack of proper sleep our metabolism will slow down to conserve energy. In a recent study a group of people who slept 8.5 hours burned an average of 400 more calories than a group who only slept 5.5 hours, which seems to be the norm with most people.  That’s 2,800 calories in a week! Assuming those burned calories went to burning fat, you would burn almost a pound of fat in a week from just getting 3 more hours of sleep!

Studies are also showing that chronic inflammation is a major contributor to weight gain and obesity. So reduce that inflammation which cryotherapy is well known for, then hopefully help fight the battle of losing fat as well.

Anybody who has ever tracked their burned calories during a workout knows how hard it is to burn 800 calories, and burning 500-800 calories from one three-minute cryotherapy session just seems ridiculous to me, and is a wild claim that I won’t get behind until I see solid proof.  However, I can absolutely get behind cryotherapy helping with fat loss. Even with my own personal experience after about a month of me starting to do cryotherapy, I did notice myself to get noticeable leaner.  But I would be more inclined to credit that to the improved sleep and increased energy which then played a role in my workouts becoming significantly better.  There is no holy grail to instant fat loss, cryotherapy included, but it can be a very effective tool to aid in ones fat loss journey. 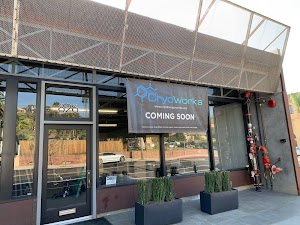